Things to do. Places to see.

On October 3rd, 1963, Greers Ferry Lake made national news when President John F. Kennedy was the featured speaker at the dedication of the newly completed Greers Ferry Dam. His prophecies about the Greers Ferry Lake and Little Red River region have come true, perhaps beyond anyone’s wildest dreams.  Click on the photo below to see his dedication speech from 1963. A good first stop for new comers and visitors is the Wm. Carl Garner Visitor Center, along Ark. 25 at the western end of Greers Ferry Lake Dam. The 6,000-square-foot stone and redwood structure houses an information center, exhibit hall and public restrooms. And a 96-seat theater at the center features a 20-minute presentation, “The Saga of the Little Red River: A Tale of Two Centuries,” which relates the history of the region prior to and through the construction of the dam.

It also chronicles President Kennedy’s dedication of the $46.5 million project on Oct. 3, 1963.The center is open daily April through October, plus Saturdays and Sundays in March and November. It is closed December through February. All programs and exhibits at the center are free and open to the public. Hikers can enjoy a variety of trails located in the area. There are two award-winning national nature trails located near the William Carl Garner Visitor Center. Mossy Bluff extends along a tree-covered bluff overlooking the Little Red River, immediately below the dam. It ends almost one mile away at a rustic shelter, which offers a panoramic view of the river and dam. Nearby is Buckeye Trail, a short barrier-free, paved pathway designed for the physically challenged. Guide maps for both trails are available at the center. Sulphur Creek Trail is a multi use trail system with several completed sections, one of those being paved and ADA compliant. These trails are also great for birding and wildlife viewing.
Sugarloaf Mountain, rises 690 feet, providing a panoramic view of the city and the Little Red River. An informational exhibit at the base of the mountain has detailed directions for hikers regarding the three trails accessible at the base  Collins Creek offers the perfect family outing.  A scenic waterfall and stream are located at the end of this short hike from Hatchery Rd.  You will want to bring your camera!
Two trails lead to Bridal Veil Falls just off Highway 25, where hikers can walk behind the 90-foot water fall. Some visitors may prefer to use the overlook, conveniently located near the parking area. Greers Ferry Lake is a fisherman’s paradise stocked with every game fish native to Arkansas and is the home of the record catches of a 22 lb. 12 oz. walleye and a 27 lb. 5 oz. hybrid striped bass. Over 1100 campsites are maintained by the U.S. Army Corps of Engineers.
Several privately owned campgrounds and cabins are available, as well as a wide selection of hotel and resort accommodations.

The Little Red River begins it journey from the base of the massive Greers Ferry Dam emerging with 42 to 54 degree temperatures with tailwater extending 32 miles, making it one of Arkansas’ most popular fishing destinations. It’s icy cold water makes it a world-class trout stream and a haven for fishing enthusiasts, campers, sightseers and hikers. “LIL RED” is the site of the third largest brown trout ever caught at 40 lbs., 4 oz. and home to rainbow, cutthroat, brook and brown trout.

The Greers Ferry National Fish Hatchery located below the dam, offers free tours. Built in 1965, the hatchery produces about one million rainbow trout yearly for restocking the Little Red and other Arkansas streams. The GFL Fish Hatchery visitor center contains exhibits on the life cycle of trout and a brief history of the hatchery. Nearby, cold water raceways hold thousands of fish in various growing stages, including some monster-sized lunkers. The hatchery is open from 7 a.m. to 3:00 p.m. daily. Heber Springs is home to some of the most unique shopping and dining experiences you will find. Our selection of stores range from Panche The Aromatique Gift Shop, clothing stores, to general merchandise.   Our dining options range from fine dining with a lake view, patio dining on the river, to downtown coffee shops. You will want include a stroll through our historic Downtown Heber Springs where you will find art galleries featuring local and regional artists, gift galleries, antiques and clothing boutiques. There are plenty of eateries downtown as well to help you stay energized for your shopping spree. Over 1100 campsites are maintained by the U.S. Army Corps of Engineers. Several privately owned campgrounds and cabins are available, as well as a wide selection of hotel and resort accommodations. There are eight marinas on the lake that provide boat, scuba gear, water toy and wave runner rentals for fun filled, adventurous days on the lake. Wide open stretches of the lake make it ideal for sailing and water sports. To reserve a campsite, visit www.recreation.gov or call 1-877-444-6777. Play at the Park or on the Beach

Spring Park is home to seven mineral springs which have attracted visitors since 1830. The park has a skateboard park, playgrounds, basketball courts, 2 outdoor amphitheaters, public restrooms, and picnic tables. It is located on the east end of Main Street in Downtown Heber Springs.

The Mossy Bluff Disc Golf Course, located behind the William Carl Garner Visitors Center, is an 18 basket course and is 5416 feet in length.  It is moderately wooded and is fairly technical with a variety of tunnel shots.

Sandy Beach is a five-acre beach with more than 1500 feet of shoreline of white sand and crystal clear water. The beach provides a fantastic playground for all ages along the pristine shore of Greers Ferry Lake. With a regulation size beach volleyball court and a 50-person pavilion available for private parties, Sandy Beach is a perfect place to spend a sunny day with friends and family The Ruland Junction Toy Train Museum is a two-story museum which houses 90 years of toy train collecting, a wide variety of real train memorabilia, and ten operating train layouts. It is located at the corner of 12th and Walnut in Heber Springs.

The Mary I. Wold Cleburne County Library offers a wide array of modern library services with special focus on children’s programming, an extensive e-library, complimentary access to computers and other technology. The Library is located on West Main Street in Heber Springs. Heber Springs is home to many unique Festivals and Events held throughout the year. In May, Springfest, vendors and crafters setup their stands in Spring Park located in the heart of Heber Springs and sell their handmade arts and crafts.  Visitors  also enjoy  performers and live music on the main stage, butterfly pavilion and much more.  The Annual World Championship Cardboard Boat Race held in July has grown into one of the most popular events in the Natural State.

The Annual Heber Springs Fireworks Extravaganza held on Greers Ferry Lake during the Independence Day holiday and coordinated by the Heber Springs Chamber of Commerce is one of the largest in the state and attracts thousands of onlookers, from both land and on water.

During the fall and winter months, Heber Springs is alive with fall color that sets the scene for excellent day trips throughout the Greers Ferry Lake Area. In October, the Scarecrow Stroll begins in Downtown Heber Springs and After Dark in the Park takes place in Spring Park with a Zombie parade and trunk or treat for the kids. The Cleburne County Ozark Trail Festival also takes place in October with arts and crafts, great food and music in Spring Park.

November kicks off the holiday season with Christmas Open House where everyone can get a jump start on their holiday shopping.

During the Christmas Holiday Season, the Cleburne County Courthouse located in the heart of Downtown Heber Springs comes alive for the Arkansas Trail of Lights and the annual Christmas parade.

Check our events calendar for a full schedule of local events and festivals. Every winter, Heber Springs is chosen to be a winter vacation home for trumpeter swans.

Trumpeter swans are massive, 30 pound birds with up to 8-foot wingspans. They are the largest waterfowl species native to North America. Adult birds are solid white, except for their beaks and feet, and they make a very distinctive sound.

Normally, these guys live in the Midwest, Alaska and even Wyoming, but never as far South as Arkansas. For some reason, like many vacationers and retirees, this certain group of swans has chosen Heber Springs and returns here every year.

The phenomenon started when 3 swans showed up on the lake in the winter of 1991. It’s believed these guys were the “pilgrims” of the current Magness swans. The following winter a Minnesota swan that had been banded visited the lake with her mate. In 1993, that same swan was spotted with her mate and three cygnets (baby swans). Since then, the numbers have fluctuated, but upwards of 150 swans have been spotted on the lake at one time.

It’s believed the original 3 got knocked off course by a storm. They must have liked what they found, because they came again . . . and brought their friends and family. We will never be sure what brought them so far south. You can read more on their history and the conservation of the swans from the Trumpeter Swan Society.

If you want to see the swans yourself, just head out to Heber Springs in late November through the end of February. They don’t really call ahead for reservations or announce their plans ahead of time, so you just have to keep your ears open to see when they’re in town. 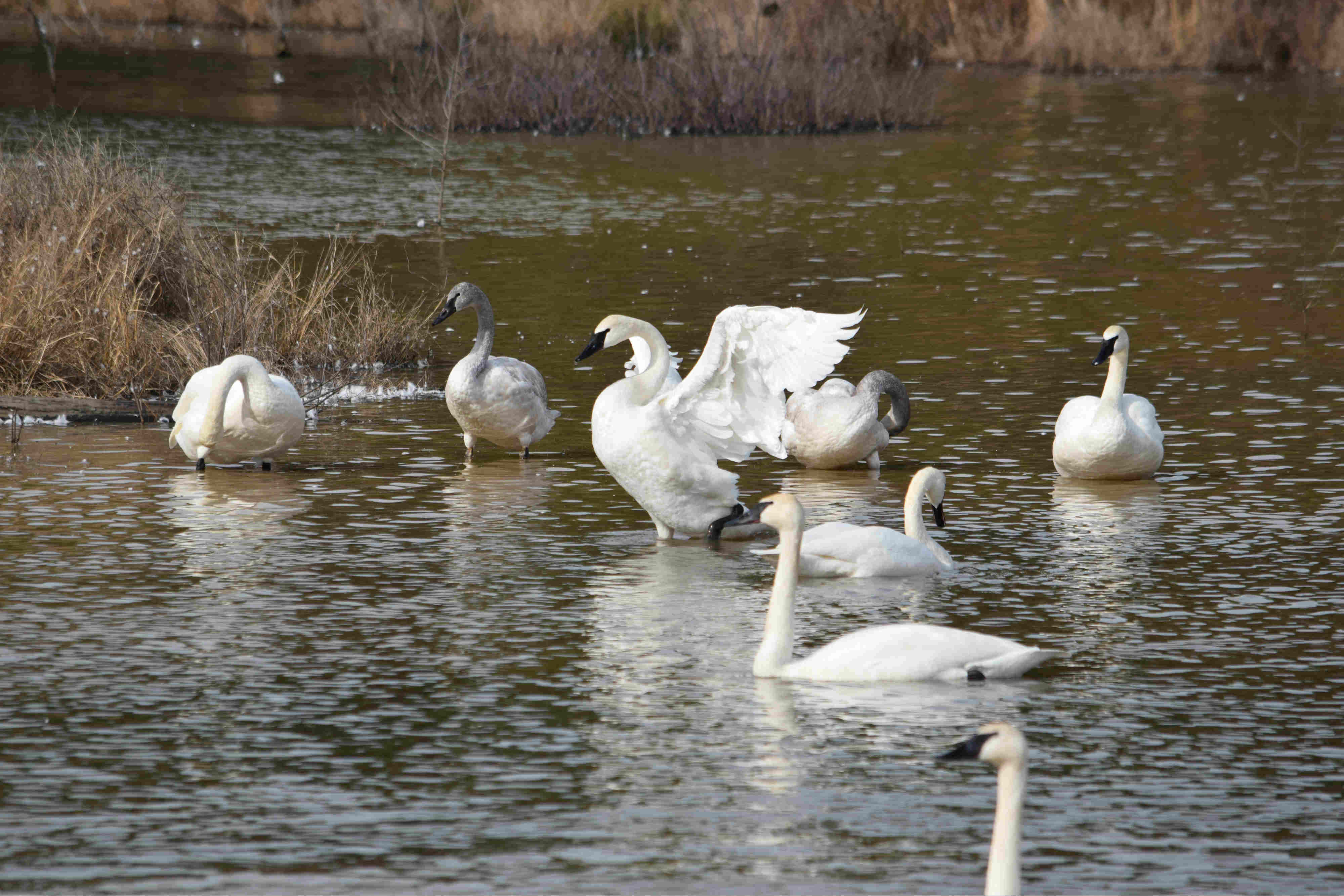 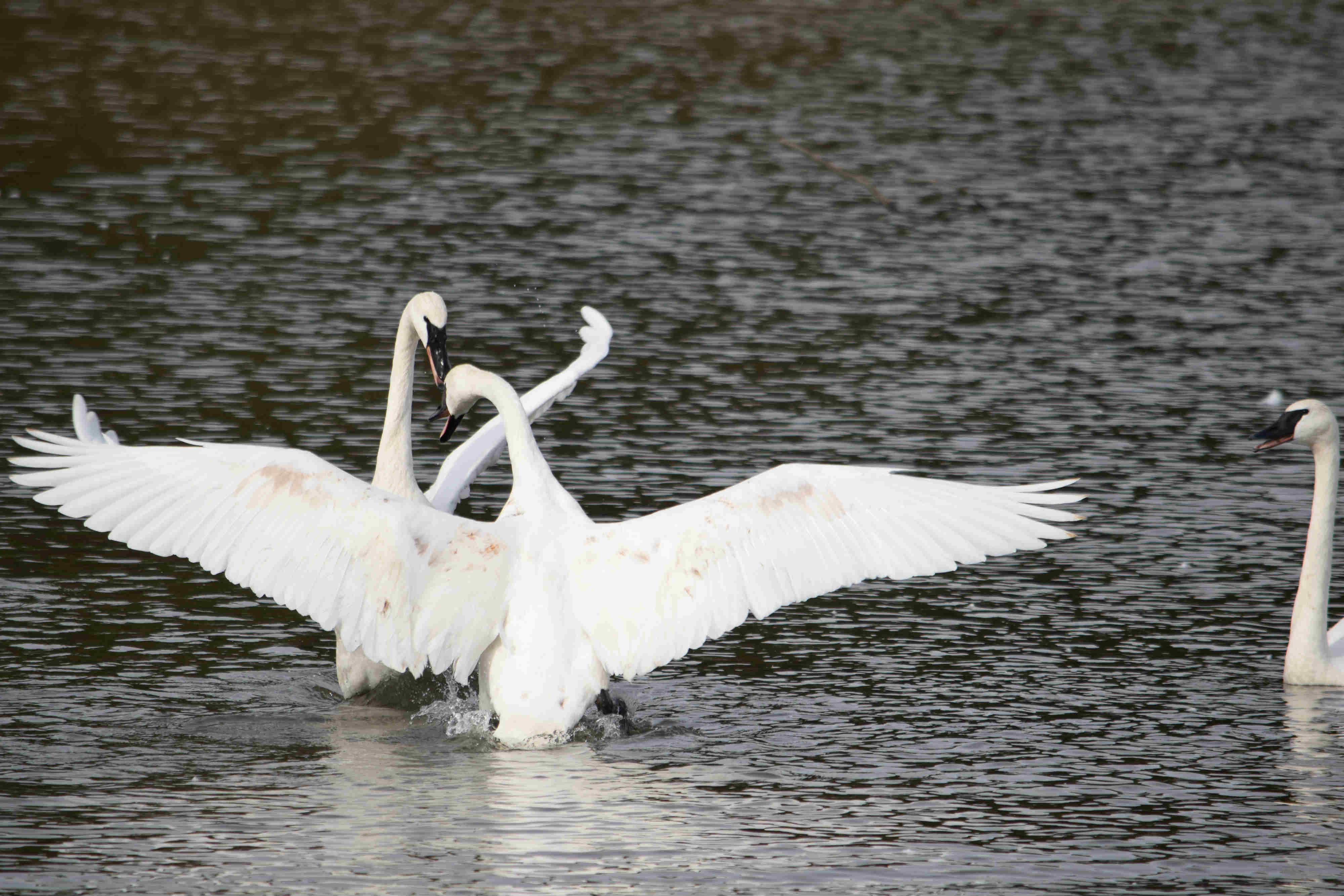 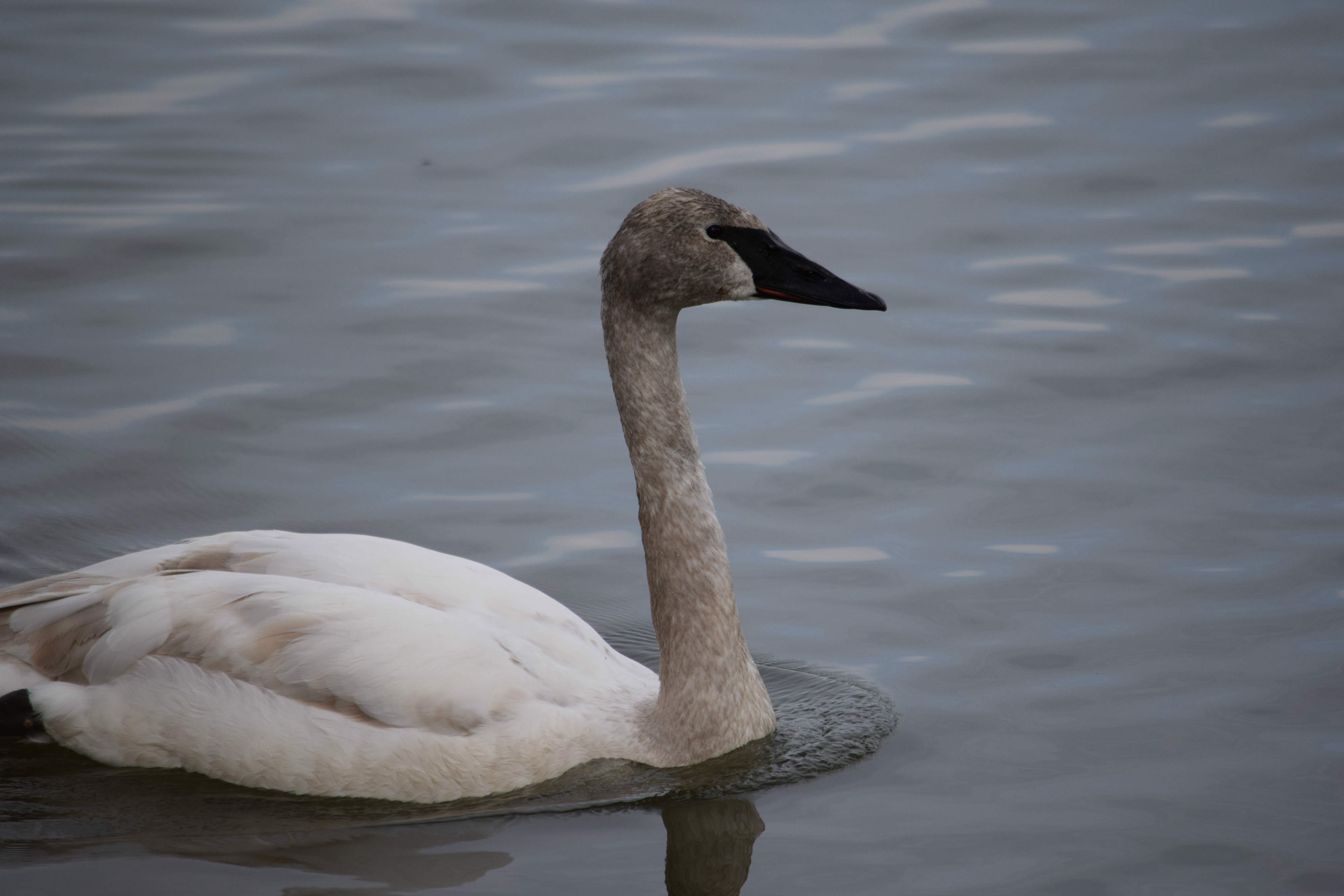 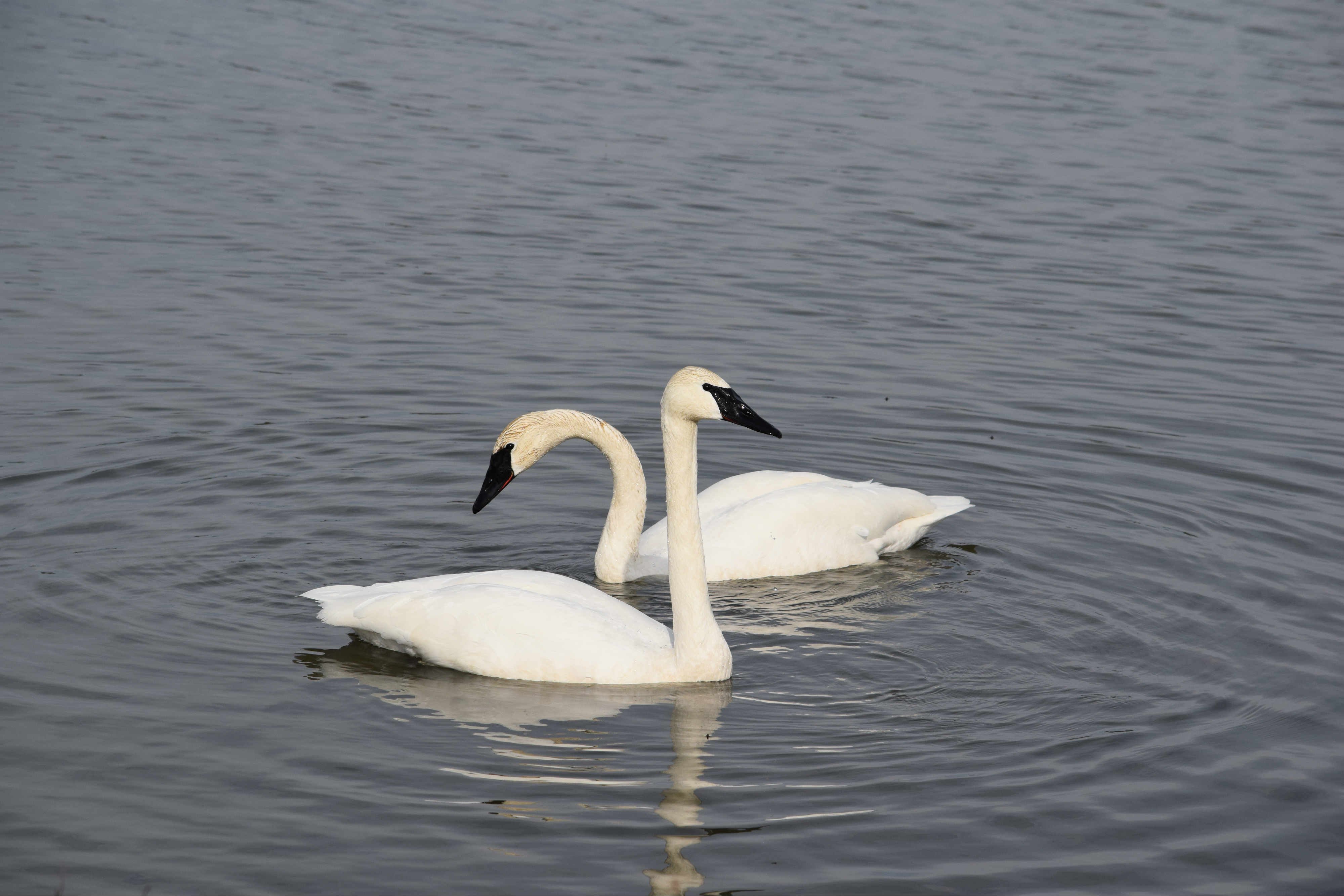 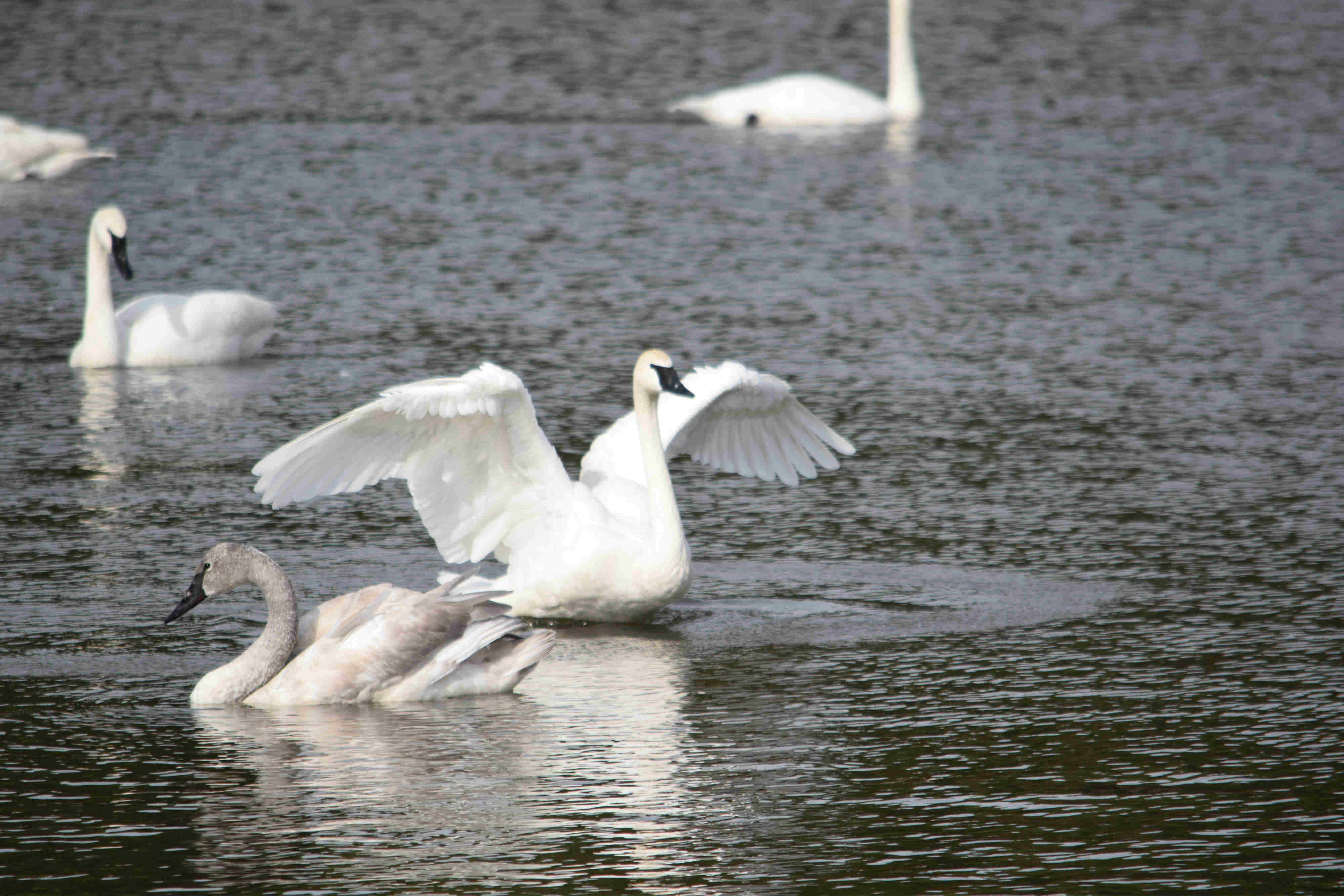 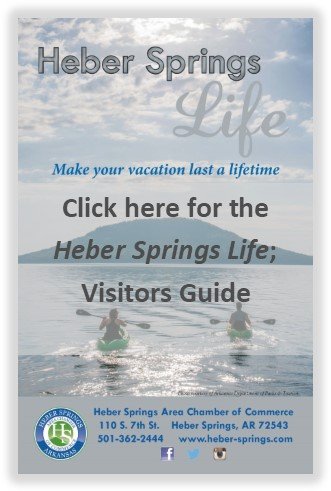